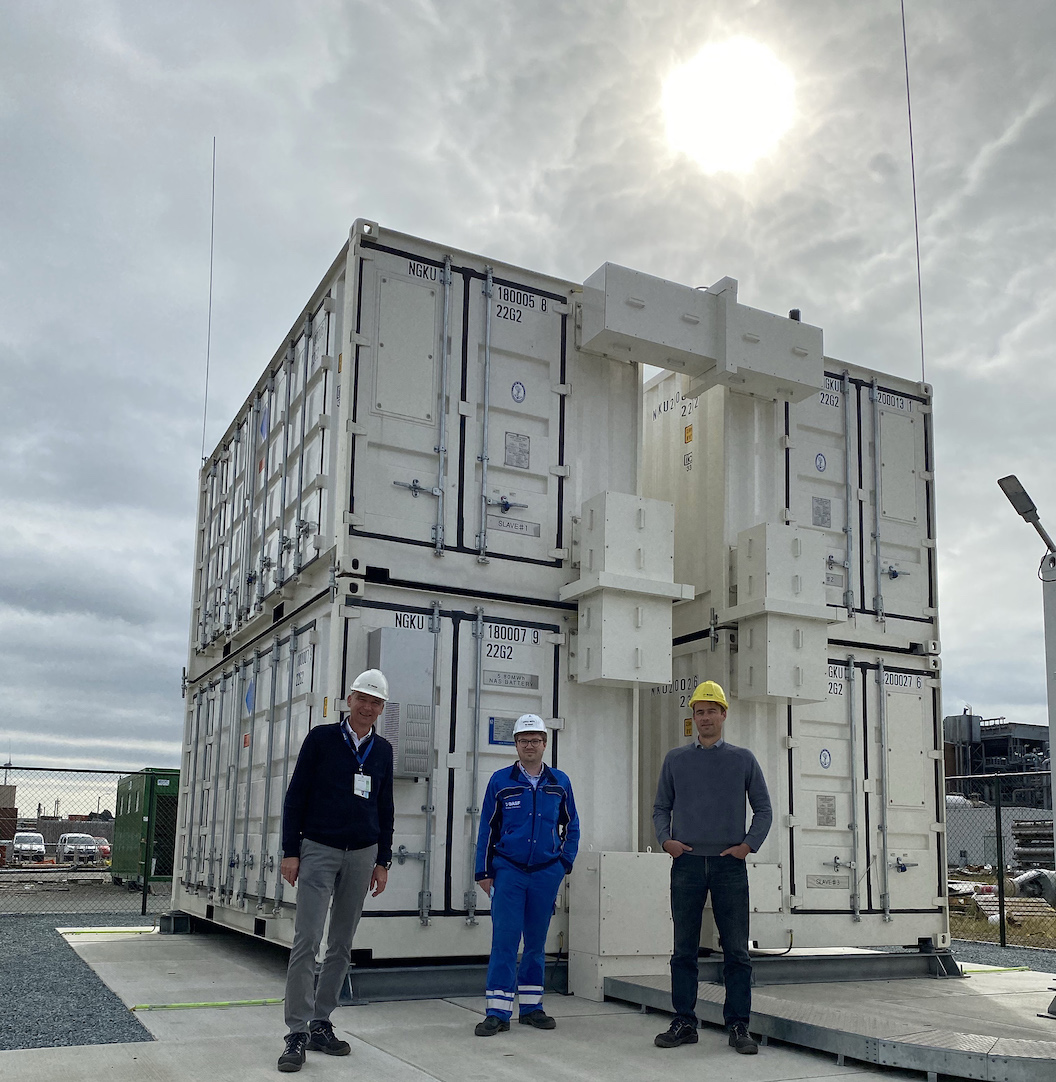 A long-lasting energy storage system using NGK’s sodium-sulfur batteries (NAS) has been ordered by a subsidiary of German chemicals company BASF, which is looking for high-growth companies to work with.

BASF New Business (BNB) announced last week that it had installed and powered on the 950 kW / 5.8 MWh system at a BASF production plant in Antwerp, Belgium. The facility is one of six so-called â€œVerbundâ€ sites that BASF has around the world, where production, market platforms and interconnected and integrated technologies serve the company’s supply chains to various industries. buyers.

â€œBy having our own battery system, we gain direct experience in the long-term operation of energy storage systems and we can vary and test the associated infrastructure. We can also look at various use cases and business models, â€said Frank Prechtl, director of electrical energy management at BNB.

BASF marked its entry into the energy market by forming a business partnership in 2019 with the Japanese advanced industrial ceramics company NGK. The only producer of high temperature rechargeable NAS battery in the world, NGK developed this technology in the late 1980s and it has been used in network-wide energy storage applications in territories such as the United States. United, the Middle East and Asia.

The two active materials of the battery, liquid sodium and liquid sulfur, are housed in the negative and positive electrodes respectively, with NGK’s Beta Alumina ceramic solid electrolyte mounted between them. The technology is suitable for multi-megawatt Battery Energy Storage System (BESS) applications for six to seven hour durations and is designed to last 4,500 cycles or 15 years of operational life for approximately 300 cycles per year .

Frank Prechtl of BNB said that installing the battery system at its parent company’s own facilities for testing and evaluation â€œenables us to advise our clients even more comprehensively in the planning and implementation of their projects and to collect important data for further development â€.

NGK signed a few more contracts for BESS NAS this year, which Storage-Energie.news reported: At the end of March, it was revealed that the technology would be used in Mongolia’s first solar storage and storage project, pairing 600 kW / 3,600 kWh of NAS batteries with a 5 MW solar photovoltaic power plant, supported by the Asian Development Bank. In February, NGK announced the supply and installation of a 2,400 kW / 14,400 kWh system at the Tanegashima Space Center, a facility of the Japan Aerospace Exploration Agency in southern Japan.

That said, the chemical company is also active in the lithium-ion field. It is building a battery materials production site in Schwarzheide, Germany, manufacturing cathodic active materials (CAMs) for electric vehicle (EV) batteries that will be powered by another factory in Finland that will manufacture precursor materials (PCAM) .

These two factories are expected to be commissioned in 2022 and both received approval under EU state aid rules at the end of 2019 to be supported by the ‘Important Project of Common European Interest’ programs. From the European Commission.

At an industry event organized by our publisher Solar Media in the UK at the end of 2019, NGK’s European battery manager in its electricity business, Gauthier Dupont, said that more than 4 GWh of NAS batteries had been deployed worldwide from 2002 to this date.

However, he said, the company had not yet been able to achieve economies of scale for manufacturing, with all batteries coming from a production plant in Japan. Dupont noted that if NGK were able to build a giga-factory, the cost of production could â€œeasilyâ€ drop by 50% and said that at that time investment in lithium-free battery storage technologies was very high. weak or even non-existent.

If investments start to increase, alternative technologies may emerge to be competitive with lithium, as well as to meet market demand in high energy, long life applications that lithium may not be able to meet. Dupont said, saying voluntary investors are urgently needed. in the wider space of energy storage technologies.

Although the vast majority of investment remains in lithium-ion, there has been a marked increase in interest in long-lasting technologies such as flux batteries and other lithium-free electrochemical batteries, storage thermal and mechanical energy in the past few months, as regular readers of this site know.