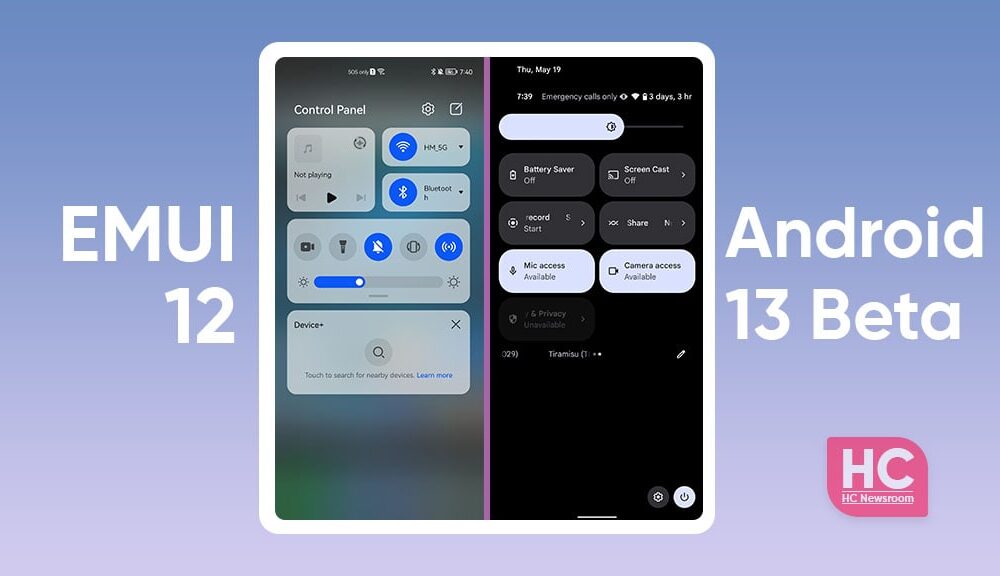 HarmonyOS 2.0 comes with a bunch of new features, including the new Control Panel which replaces the old Unified Quick Settings Panel. On the other hand, you have the Samsung One UI 4.0 and we are going to compare it with HarmonyOS 2.0 for Quick Control Panel in this comparison.

First let’s talk about One UI 4.0, Samsung’s latest software is based on Android 12 and brings a bunch of new improvements over its predecessor. Therefore, its user interface has been revamped and supported by some more customizations thanks to the latest version of Android. However, one thing to note is that One UI 4.0 still has the unified quick settings and notification panel.

Now let’s start our comparison between the HarmonyOS 2.0 Quick Settings Panel and One UI 4.0.

One UI 4.0 quick settings panel improves user experience compared to One UI 3.1. For example, quick switch icons now have a more subtle appearance and thanks to the Android 12 operating system, Samsung phones can customize the color of the entire user interface, including icons, based on the background. home screen screenshot.

Another thing to mention is that the system font is also polished and increases the visibility of areas like the time and date. Speaking of minor changes, One UI 4.0 has minor tweaks to the cursor area, which has become a bit comfy to access. There are also two large buttons for device control and media output management.

HarmonyOS 2.0 has its own vibe which will clearly reflect its quick settings called Control Panel, you just need to swipe down from the right corner and activate it. Compared to One UI 4.0, HarmonyOS has separated notification center and control panel for easy access to different features in various user-friendly aspects.

HarmonyOS sans font looks good on the UI and system icons for settings and layout editor are also there. The use of media and connectivity switches facilitates access to specific features such as music, WiFi and Bluetooth connections. On the other side, the quick access switches are brighter and perfectly sized that won’t miss a press of your finger.

Both of these user interfaces are really good, but HarmonyOS 2.0 has the upper hand in some areas of quick settings navigation and control. Still, One UI 4.0’s new color palette and virtual power on the Switch are really big features that HarmonyOS 2.0 lacked.