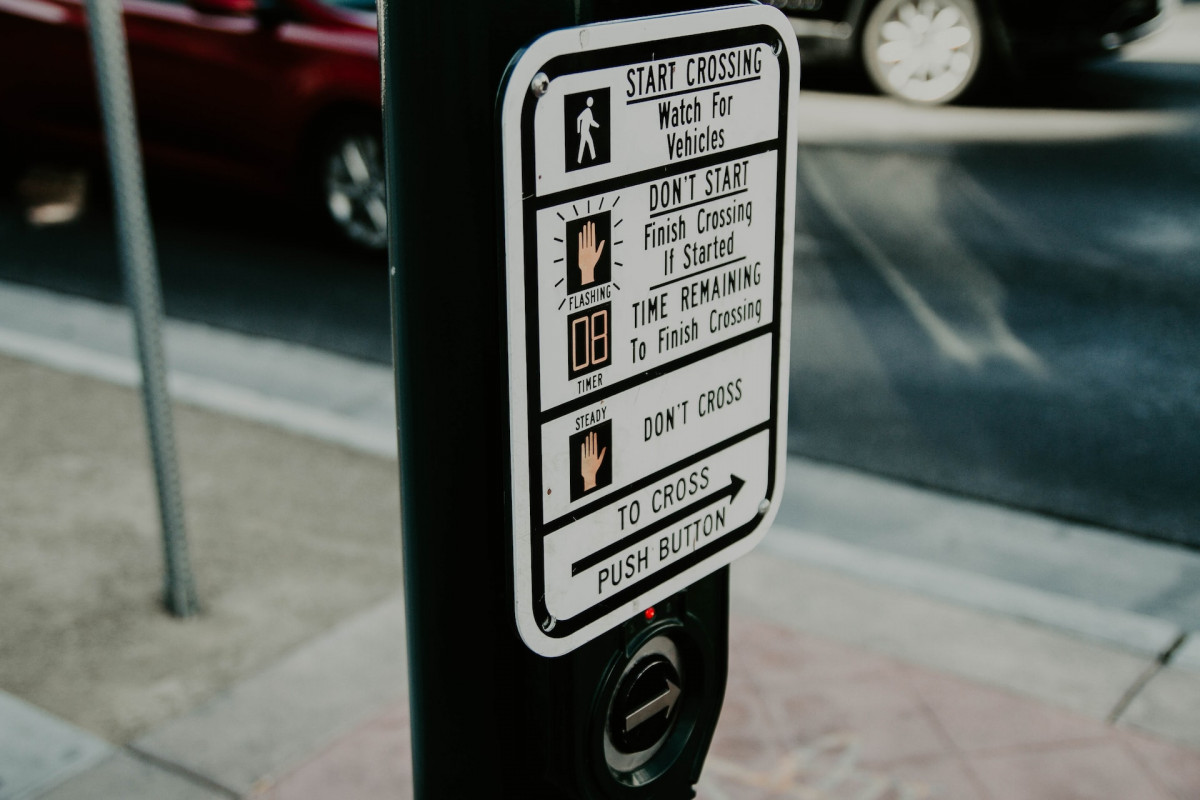 Have you ever wondered how pedestrian push buttons—popularly known as “begging buttons” — does it work? Why do we need them and how can they be improved? I’m a traffic signal engineer who would love to help you understand these buttons and their strengths, weaknesses, and possibilities.

Let’s talk about how the buttons work

A traffic light is a regulatory traffic control device that alternates priority between conflicting traffic flows. Simple, or so you might think. Green, yellow, red…repeat.

And, indeed, some signals are a fixed timeThey keep doing the same thing despite changing traffic conditions, whether it’s 2 a.m. in the middle of the morning or 4:30 p.m. at the peak of the evening crowd.

A degree of variability can be added to fixed time signals depending on the time of day. The most common pattern divides the day into three periods, each with its own timing: morning rush, evening rush, and everything in between.

That’s good enough for cities – humans are relatively predictable creatures when seen in droves – and in central business districts where there’s always traffic.

The push buttons come into play at actuated signals, which are used where traffic is more variable. Their timing varies depending on who (or what) is there using information from sensors called Detectors. Vehicle detectors range from simple loops of wire embedded in the roadway to sophisticated cameras, lasers and radars mounted above the street.

Certainly, buttons have evolved from basic mechanical pistons to touch sensors and, recently, contactless. The latter types are more resistant to damage and do not get stuck in the depressed position. They have microprocessors and firmware. Apps to configure them. They vibrate. They speak. They light up. They have Bluetooth capabilities. They can be connected to Wi-Fi. With costs approaching $10,000 per intersection, these smart push buttons represent a significant investment for pedestrians.

Despite the evolution of the button itself and even some forays into pedestrian detection using speed cameras and video, the buttons are here to stay. They play an essential role in accessibility by providing sound and vibrotactile indications to people with visual impairments. Keep this in mind before satirizing or ridiculing them by calling them “begging buttons” or advocating for their removal.

And no matter how sophisticated pedestrian detectors get, they still only provide simple “someone is waiting/no one is waiting” data to the computer that runs the signals, called a signal controller. And not because pedestrians are less considered; rather there are fundamental practical questions.

While motor vehicles line up in neat queues (lanes) according to their route through the intersection, pedestrians do not. Will the person walking down the sidewalk cross or will they turn around the corner and not cross at all? Which of the two crosswalks does the person waiting at the corner want to take? No computer can read minds.

Some emerging technologies show promise here, such as apps that transmit a pedestrian’s location and destination. Imagine knowing that someone intending to cross from corner “A” to corner “B” will arrive in 45 seconds.

Until then, we are best served by buttons. But as last August’s pimples article here on GGWash revealed, there are those who want to take them out of the equation. This would reduce the information available to the signal controller and would require timing walking on every cycle for every crosswalk, whether someone is waiting or not – a form of operation called recall.

Why Removing Pimples Isn’t the Solution

In general, I don’t like to use callback. And I’m right on this: I also don’t like the vehicle reminder (sync green when there are no cars) and I have written articles discourage my colleagues from using it.

To understand why, it helps to understand the first axiom of signal timing: “there is no free lunch”. Unless there is a way to transcend the space-time continuum, every second of Green/Walking for Person A is an additional second of Red/Not Walking for Person B – or, in other words, another second of Green/Walking. removed from Person B. That’s why I don’t like the phrase “give more green (walk)” in the context of signal timing, preferring instead “transfer green (walk)”. This clearly shows that when it comes to signals, one person’s convenience always comes at the expense of someone else’s.

To illustrate this, imagine an intersection where Walk is timed every cycle. Now imagine that someone arrives at the intersection and wants to cross in the direction that is currently Do Not Walk because the adjacent walk is broadcast to an empty house. This unnecessarily delays them and increases their exposure. On average, this will happen half the time.

How can we improve things for pedestrians at signals?

Luckily, there are plenty of ways to benefit pedestrians without needlessly timing Walk each cycle:

And this is just the signal synchronization. Intersection geometry can also be improved by providing crosswalks on all legs, decreasing curb radii and crossing widths, and more.

Obviously, optimizing pedestrian safety and experience at signals is too complex and nuanced to be solved by simply getting rid of all the buttons and timing the walk every cycle. And, in fact, it can be counterproductive. So until technology provides a better way to press buttons virtually for us, we have to keep pressing buttons ourselves. For this, I ask for your understanding.