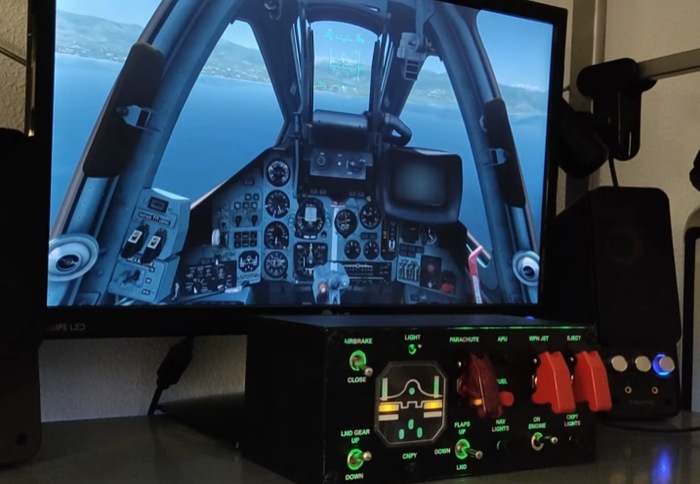 Flight simulator pilots looking for greater immersion when taking to the skies in their digital aircraft may be interested in a cockpit control panel created by the manufacturer and flight simulator passionate Pedro Gonzalez Sanchez.

Using a bit of Arduino programming and a handful of switches, knobs and a case made using sheets of white methacrylate plastic. The flight simulator’s control panel lets you enjoy the satisfaction of flipping switches and covers as you fly your route. Watch the video below to learn more about the flight simulator control panel and its features. “Years ago, I really liked flight simulators. Ever since I was a kid, I’ve been very fond of airplanes, so I guess that’s where it comes from. I have a lot of simulators, but the truth is, I’ve never spent a lot of time playing. And now neither do I.

I still installed the DCS (the high-end simulator that exists today) and a HOTAS Joystick. When I play, I do it with Su-25T. Since I don’t play much, I often forget the keys to control the plane. This causes him to open the parachute when what he meant to open was the airbrake, or something like that.

“I found on the internet that there are people who make their own controllers. There are even those who manufacture their entire cockpit. I prefer a simpler style. I did a lot of research to see how it was all done. I took a basic electronics course (although it’s easier than it looks). I even built a very simple first prototype to see if it could work.

When I knew everything I needed to do to build it, I bought the materials and got to work. During the construction, many problems occurred, but once solved, here is the result.

Source : Pedro Gonzalez Sanchez : A B