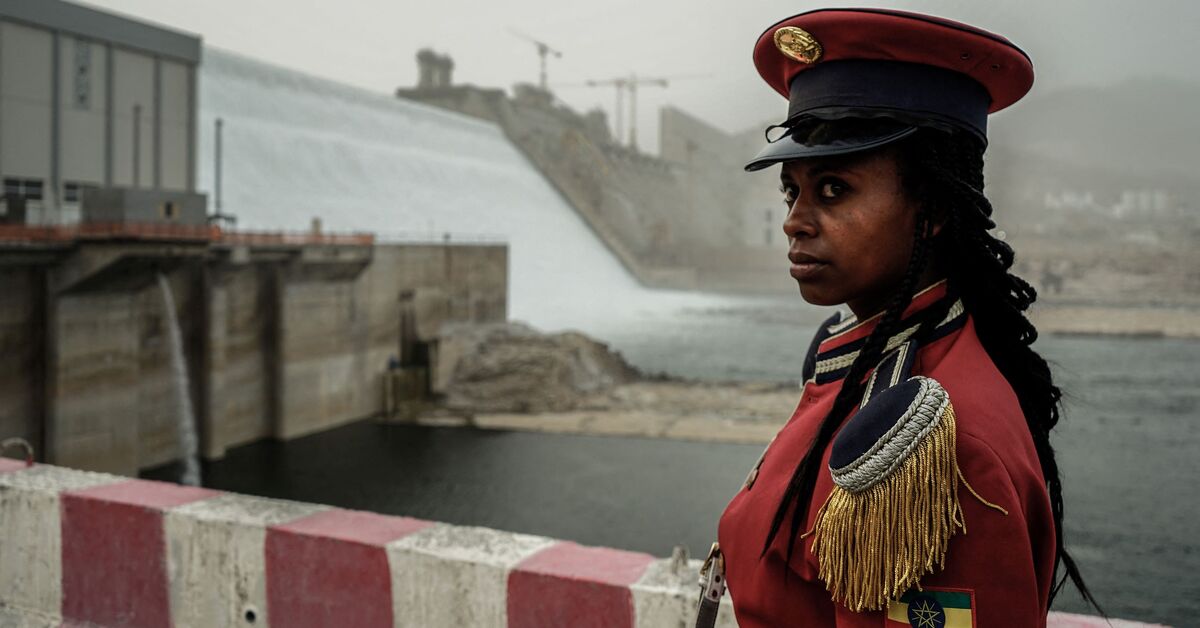 “The Ethiopian side has taken another step in violating its obligations under the 2015 Declaration of Principles,” the Egyptian Foreign Ministry said in a statement posted on its Facebook page on February 20. Cairo believes the unilateral measure will disrupt the Blue Nile, although it will not directly impact Egyptian water interests.

When complete, the dam is expected to generate a total of 5,150 megawatts from 13 turbines. About 7.2 billion cubic meters of water have been retained in the dam lake over the past two years.

Negotiations under the auspices of the African Union (AU) broke down in April 2021 after a failure to reach a binding agreement on the filling and functioning of the GERD. Meanwhile, Ethiopia has continued to unilaterally fill the dam reservoir, while Sudan’s AU membership is still suspended following the October 25 military coup.

An Egyptian official told Al-Monitor on condition of anonymity: “We have not received any official information from the Ethiopian side since the start of this trial operation. Ethiopia still pursues the policy of imposing a fait accompli without any prior consultation [with the downstream countries].”

He added: “The Nile cannot be unilaterally managed by any of the riparian countries. We discussed in the negotiations the importance of linking the GERD to the system of dams on the Blue Nile, which Ethiopia rejects.

The fifth point of the Declaration of Principles between Egypt, Sudan and Ethiopia of March 2015 states that all parties must agree on the rules for the first filling of the GERD and its annual operation, and that Ethiopia must “inform downstream countries of any unforeseen or urgent event”. circumstances requiring adjustments.

The fifth point also calls for a coordination mechanism between the three countries. Yet none of the provisions were implemented by Ethiopia, which carried out the first and second fillings without the approval of Egypt or Sudan.

Karim Kamal, an Egyptian engineer specializing in hydraulic installations, told Al-Monitor: “The operation of one or two turbines in the GERD does not have a direct negative impact on Egypt at present. “, because “the quantities of water which should pass from the dam after the partial operation remain equal to the quantities which came out of the average spillway of the GERD. But, he added, “the greatest evil lies in the permanent operation of the dam without coordination with Egypt and Sudan”.

The tests of the first turbine took place from the end of January to February 14. However, photos Ahmed shared on his official Facebook account did not show the water flow from this partial operation, raising questions about the electrical capacity given the low water level behind. the dam.

Peter Hany, professor of irrigation and hydraulics at Ain Shams University, told Al-Monitor that the turbine must have a water column above its own level. The current operation being at the lowest water level of the lake of the dam, the real capacity of the turbine will not reach 375 megawatts. “This partial operation will therefore be limited to a trial that can only last two months,” he said.

Current water quantities in the GERD will not affect Egypt, he said, as “the high dam can hold water quantities of up to 130 billion cubic meters, and the capacity of the Toshka spillway is 56 billion cubic meters However, it is impossible in international rivers to have a single management of a water source in the upper river without consulting downstream countries.

Hany noted, “Egypt is taking many steps to address the potential risks of GERD and water poverty in general by providing alternative and non-traditional water sources, such as wastewater reuse and desalination. sea ​​water on the northern coasts and on the Red Sea using clean water sources. energy, while improving the efficiency of the water management system.

During his speech, Ahmed championed the largest hydroelectric dam project in Africa. Electricity from the dam could also be exported to Europe to reduce gas emissions, he said.

Ahmed also said that power generation from the dam will also benefit downstream countries. “The Ethiopian people who don’t want to starve and thirst the Sudanese and Egyptian people,” he said.

Ahmed celebrated the partial operation of the GERD amid continuing security concerns due to the war in Tigray and the rebellion in several regions, including the Benishangul-Gumuz region, where the GERD is being built. Some say the Ethiopian government is promoting the partial operation as a success in calming the home front.

However, Cairo remains firm in considering the partial operation as a step that harms its interests.