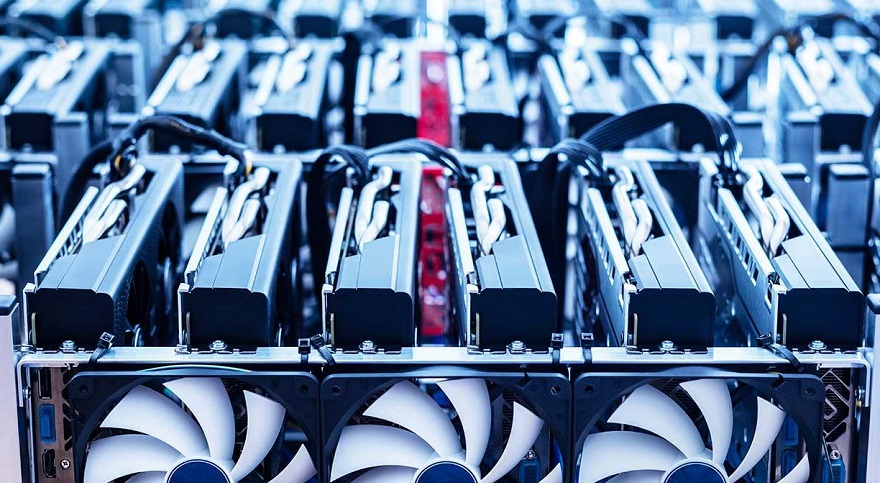 It has been known for some time now that Ethereum was looking to implement quite a drastic change to the way cryptocurrency could be mined. – Although we will examine this in more detail shortly, the main distinction was a transition from a “proof of work” standard to a “proof of stake”. – With this change now officially confirmed and in place (courtesy of TechPowerUp), however, it may come with some great potential news for PC gaming consumers.

Simply put, with “proof of stake” now required, this may have simply made graphics card-based mining (mostly) obsolete!

Ethereum Moves To Proof Of Stake – A Huge Slack In GPU Demand?

Explaining the whole difference between “Proof of Work” and “Proof of Stake” would probably take over 10,000 words, and even then I’d probably do a pretty poor job of covering all the key differences between them. The bottom line, however, is that “proof of work” requires an enormous amount of processing power (don’t confuse that with just the CPU) and literal power (to run the masses of machines).

Although it is a much simpler system, its main drawback mainly comes down to the cost of power consumption to effectively ‘mine’ in this way, as well as the fact that executing trades can take a long time. Additionally, “proof of work” is competitive, which often sees more large organizations competing for control over more complex blockchains.

So what are the benefits of ‘Proof of Stake’? Well, in the end, it comes down to power consumption. Since it’s significantly less complex, it requires far less computational power to compute/validate which in very basic terms means having masses of graphics cards on racks (for Ethereum at least) really doesn’t offer any advantage. Additionally, this mining method also requires an “investor” to place a stake in the cryptocurrency as a basic form of deposit. If they were found to be trying to “trick” the system, such as by submitting invalid work, they would lose their deposit. – The system is also more (again in very simplistic terms) designed for people to invest in a potential return rather than trying to create a stake just for themselves.

What does this mean for non-minors?

Looking at this from a purely non-mining perspective, you may now be wondering how this transition to the new Ethereum will benefit you. Well, in the most blunt terms, graphics cards are no longer a key part of mining this particular coin. As such, AMD, Nvidia, and their various AIB partners hardly have that market left to cater to (and sell directly in many proven cases) their models.

Although some coins still use “proof of work” systems, the most prominent is Bitcoin which, as has been well proven over the years, is simply much more efficient on ASIC mining machines rather than setups. based on graphics cards. For those who can still take advantage of graphics card implementations, they are nowhere near as popular, widespread, or profitable as Ethereum.

On a more global scale, however, this transition is expected to reduce global energy consumption by up to 0.2%. No, not a huge number when written, but remember, this is the power consumption for the the whole world which roughly translates to being about as much needed to run 5 major first world metropolitan cities!

Again though, the key point is that, overall, graphics card-based mining is now pretty much dead. And with new GPU models just around the corner, assuming all goes according to plan, Ethereum is finally going ‘proof-of-stake’ should really be phenomenal News for us humble gaming PC consumers!

Yes, in a nutshell, AMD and Nvidia, we are everything now you have left!

What do you think? – Let us know in the comments!