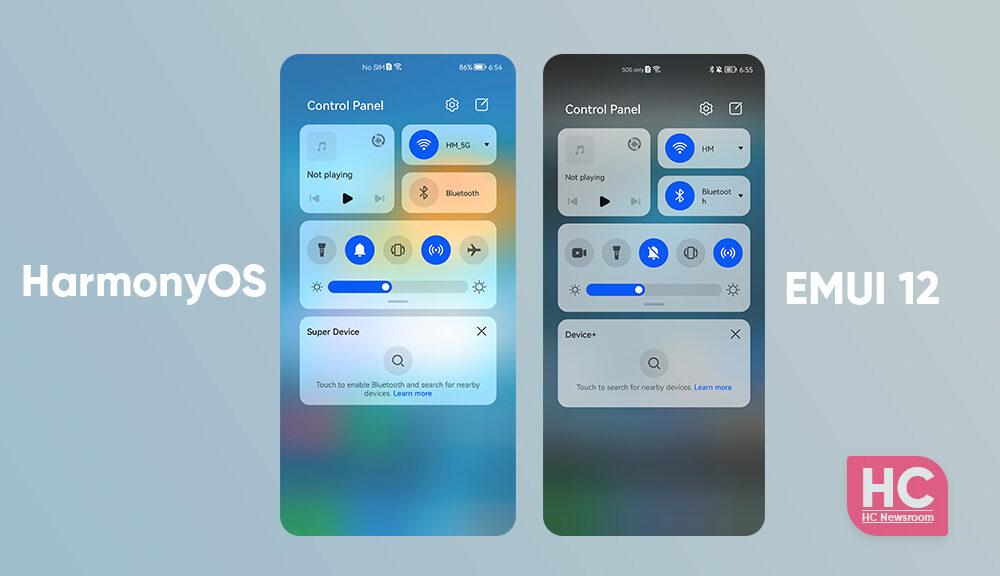 HarmonyOS is a top-notch Huawei operating system that deserves to be at the top of the world of mobile software systems. On the other hand, EMUI 12 has been introduced with a user interface that perfectly copies HarmonyOS in many aspects, including the Control Panel features.

As global users really want to know the differences between these two software. There, we are going to shed some light on this subject by showing you what it is really about by putting EMUI 12 and HarmonyOS software side by side for the Control Panel functionality.

What is the Control Panel:

The control panel on new Huawei devices takes the most common settings or options and puts them on your phone’s home screen, allowing you to manage things in a simple way.

Let’s start our comparison with HarmonyOS 2.

As for the sections, the media controls let you manage media audio playback on the device itself, switch audio apps, or switch playback to a connected audio device. The shortcut controls, enables, disables or sets frequently used features at your fingertips. 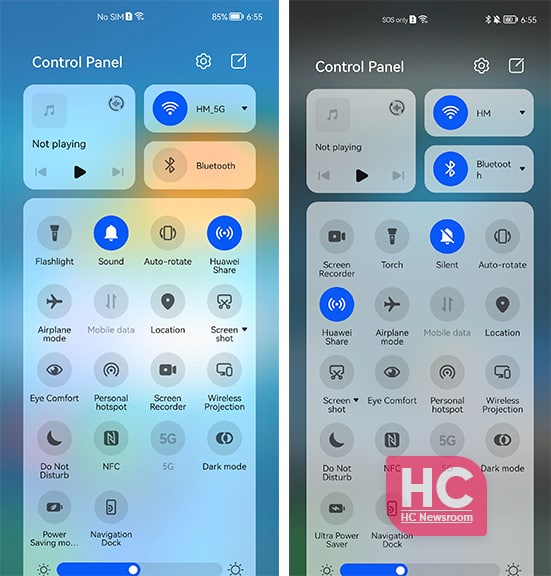 When you look at EMUI 12, you will see a direct copy of HarmonyOS Control Panel functionality, as it looks the same. Meanwhile, there is one change you will see and it is the new Device+ panel instead of Super Device. Although you can use a similar editing feature with the Control Panel in HarmonyOS.

As you can see, there is not much difference between the two software but you can surely give your own opinion about it. 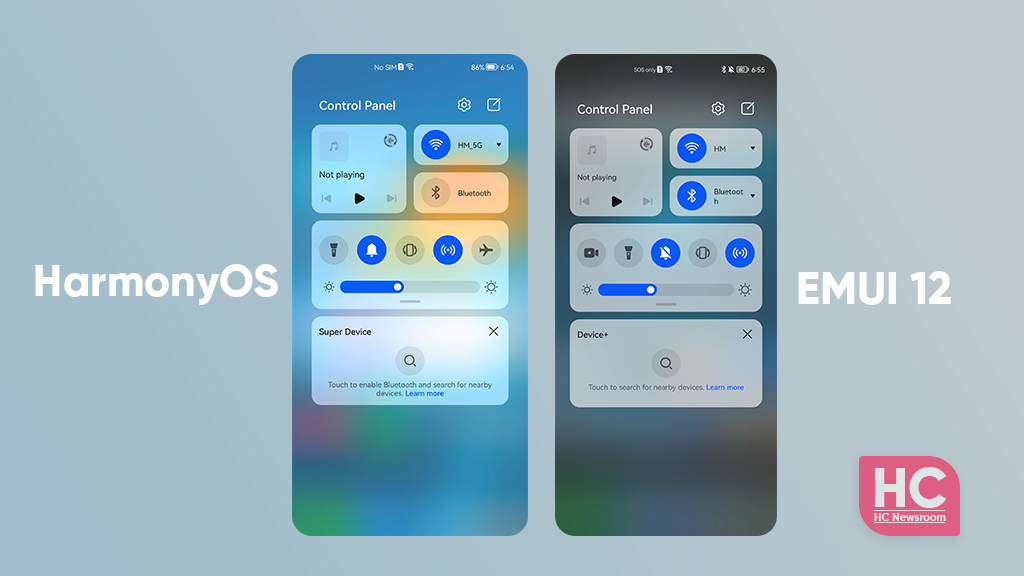