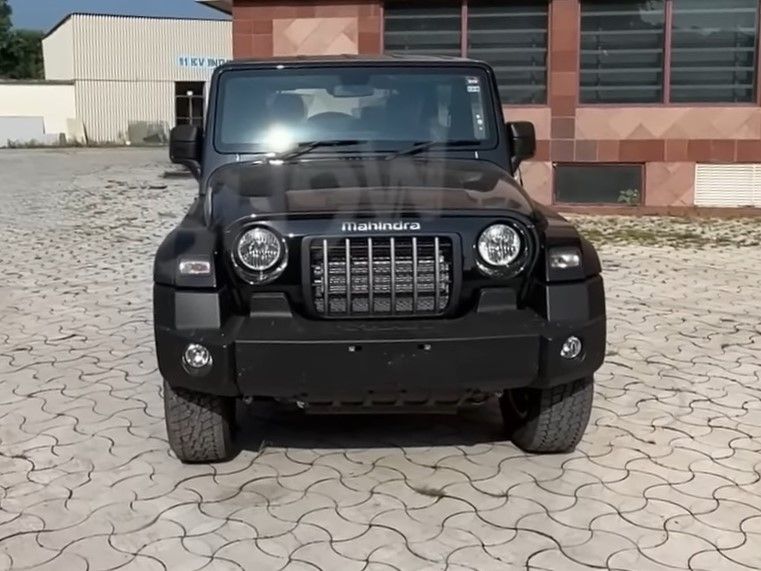 Previously, the Thar had a stack of indicators that looked like toggle switches placed below the HVAC controls, three of which were dummy switches that did not operate any function in the car, and the three to the left were indicators. Only the hazard warning lights toggle was operational.

Mahindra removed the dummy switches and updated the button stack under the AC controls with new toggle switches. The center switch is for the hazard warning lights as before and the switches to its right operate the traction control system, hill descent control and central door locking (new). These functions were previously operated by buttons placed on the right side of the steering wheel.

As before, the three “switches” to its left are fixed in place with indicators for the passenger seat belt and passenger airbag (activated or deactivated).

The switches themselves feel more tactile than before; you wouldn’t have to take your eyes off the road to make them work.

Another small change is the removal of one of the two USB-A ports that were present under the toggle switch stack.

Similar to the update recently Bolero and Bolero Neo, the Thar also bears Mahindra’s ‘Twin Peaks’ logo on the center caps of all wheels, including the tailgate-mounted spare wheel. The new logo can also be found on the steering wheel. As before, the Thar receives “Mahindra” lettering above the grille.

Other than these changes, the Thar is unchanged in aesthetics and hardware. He continues to compete with the Forcing Gurkha All Terrain.