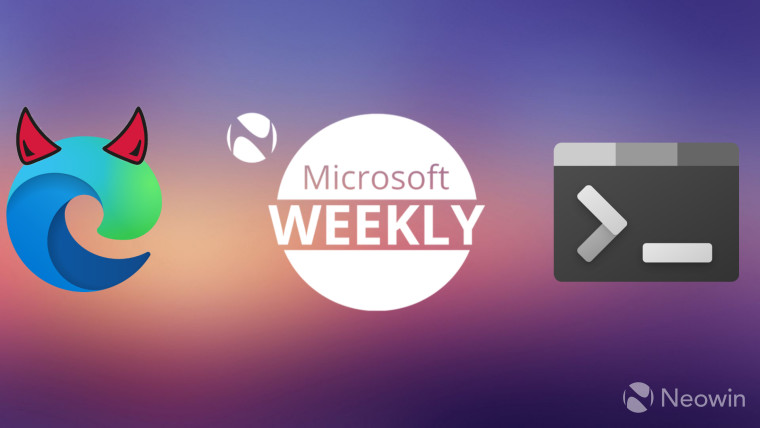 Although we are approaching the holiday season in many countries, that does not mean that the news has slowed down. Far from it, in fact. This week, we’ll recap Microsoft’s continued efforts to make Edge your default browser, some changes to Windows, and a new version of Windows 11 Dev Channel, among others. Find out all about it in our weekly recap from December 11-17.

Vivaldi CEO Jon von Tetzchner criticized Microsoft’s practices with its Edge browser during the week. He said the company had reverted to its old tricks again, calling the business “blatantly anti-competitive”, “blatantly abusive” and “desperate”. If you’re wondering what this is, we’ve covered it in detail here at Neowin, how Microsoft displays notifications on download pages of competing browsers, calling Edge more reliable. Obviously, moves like this haven’t gone well with the competition.

Speaking of stifling the competition, Microsoft essentially disabled EdgeDeflector via the latest Patch Tuesday update on Windows 10 and Windows 11. The software forced Windows to bypass your default browser preferences in all use cases, including including Windows Search. That said, there is a workaround using another open source software called MSEdgeRedirect, but it remains to be seen how long it will perform as expected, given that Microsoft seems determined to prevent switching the default browser in some cases. use.

However, not all the news on the browser front is negative. It seems Google likes the download UI in Microsoft Edge and is looking to implement the same in Chrome. This means that the download progress and the information usually displayed in the lower shelf of Chrome will instead be moved to the toolbar with a donut progress bar, similar to Microsoft Edge.

It also appears that Microsoft is testing a new feature in Bing that allows users to issue requests through their local language. For example, if you search for â€œbicycle repairâ€ with your language set to German, Bing may suggest that you search for â€œfahrrad reparaturâ€ instead, which is the German translation for the same. One of the selling points of the feature might be getting more relevant search results to your queries related to your region.

The death of the control panel

Windows Insiders received their last flight of the year via Windows 11 build 22523 in the development channel. The update introduces major changes, including efforts to migrate the classic control panel to Windows settings. Programs and Features now redirects to Settings> Apps> Installed apps, and the Uninstall updates the option has been migrated to Settings> Windows Update> Update history. Other changes include fixes for the taskbar, file explorer, and more. Find out all the changes in our coverage here.

In related news, Patch Tuesday also happened this week. There were security and quality updates across the board, read more about them in our dedicated articles below:

The supremacy of Windows terminals

Microsoft has announced that in 2022 it will change the default terminal emulator in Windows 11 from Windows Console Host to Windows Terminal. Although the company claims the former has been the default option since “the dawn of Windows,” there is ongoing debate in our comment sections as to whether this claim is correct. The jury is still out. Either way, Windows Terminal will become the default option in 2022, and you’ll also have the option to create a third-party terminal as your default command line experience.

In other news, Microsoft released Visual Studio 2022 for Mac Preview 4 with new layout options, search functionality improvements, and other fixes. The company also fixed a bug that prevented phones with Teams installed from dialing 911 in an emergency. The problem was apparently due to flaws in the way Android and Teams worked together. Finally, Linux 5.16 is coming soon, and Surface owners who use the operating system will be happy to know that it also contains improvements specific to their hardware. 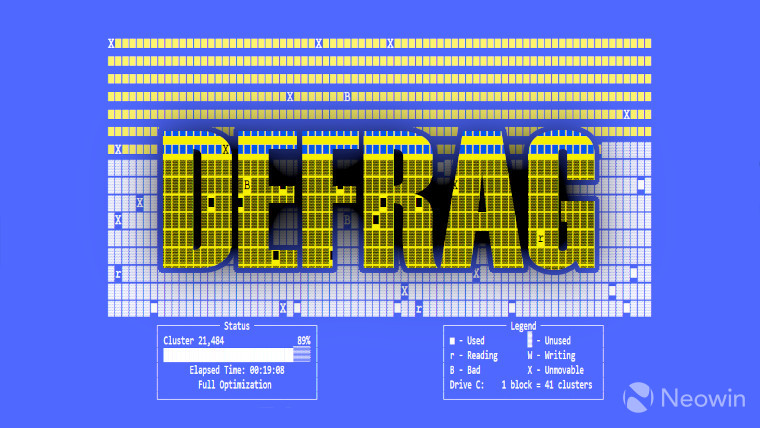 If you’re in the mood for a nostalgic trip, Neowin’s Dean Howell wrote about an interesting project called the Defragmentation Simulator that takes you back to the old days when you defragmented your hard drive and basically converted it into a solid chunk of data. It’s an interesting simulation and you can read more about it here.

Our most interesting news of the week is not directly related to Microsoft, but has the potential to be if other organizations follow suit. For the most part, Google has informed its employees that they must submit their proof of vaccination or apply for a medical or religious exemption by certain deadlines, as per the executive order of US President Joe Biden. If they do not follow these rules, they will be put on “paid administrative leave” for up to 30 days, followed by a maximum of six months unpaid leave and, possibly, dismissal. This decision sparked quite a bit of debate in our comments section, so feel free to dive in here.

If you would like to receive a weekly summary of Neowin news, we have a newsletter which you can subscribe to via the “Receive our newsletter” widget in the sidebar, or via this link.

Did you miss any of the previous columns? Discover them all on this link.