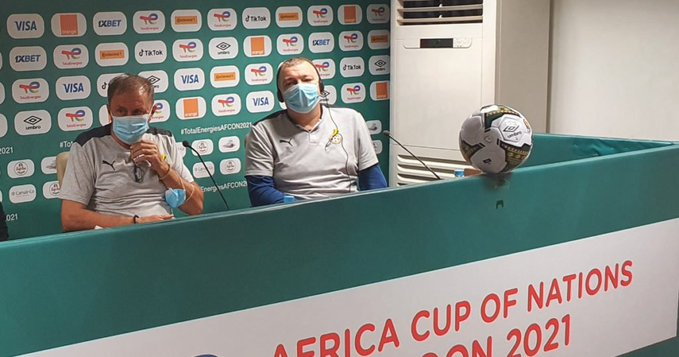 Coach Milovan (left) with his interpreter

Ghana coach Milovan Rajevac believes there is no time to dwell on Monday’s loss to Morocco at the 2021 Africa Cup of Nations underway in Cameroon.

Sofiane Boufal scored the only goal of the game in the 83rd minute as Morocco claim another victory over the Black Stars.

“It was a tough game for us, after all there were two great African football teams on the pitch. Morocco scored on the first chance they had. I take this opportunity to congratulate Morocco and my team. players for the commitment shown on the pitch We still have two games to play and we will stay focused on them, ”coach Rajevac told cafonline.com.

“It is true that we created more scoring opportunities, but we were not able to materialize this opportunity. We were unhappy about it. We hope to score goals and win the next two games. I calmly analyze the conceded goal and see where the team lost control of the game. For now, we will stay focused on the game. “

Ghana face Gabon, who beat Comoros 1-0 in their second group game on Friday.