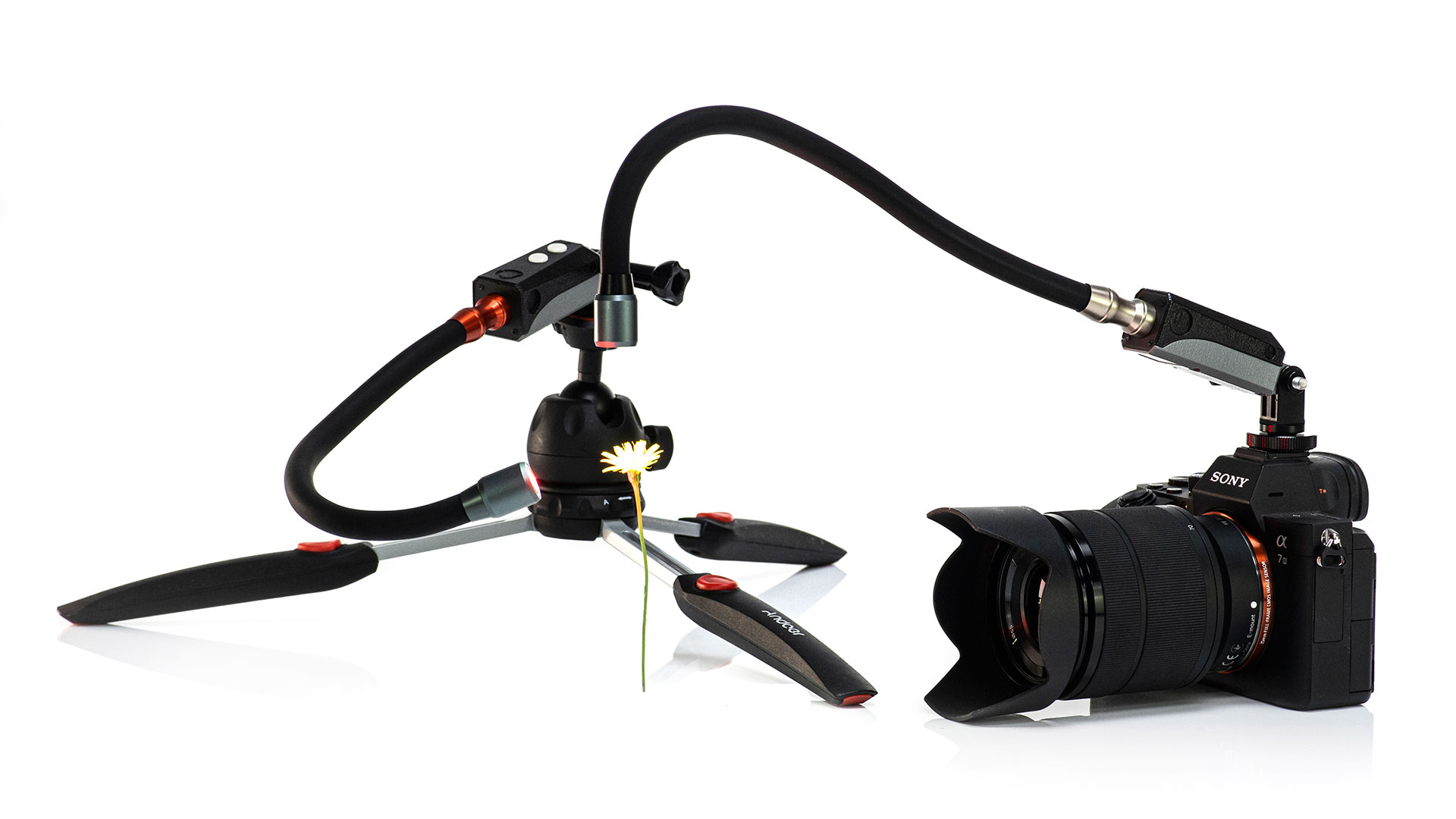 Adaptalux has expanded its range of mini macro lighting with the new Adaptalux Pod Mini. This is a compact and lightweight power supply for Adaptalux studio lighting arms. It offers up to eight hours of battery life and can supply power while charging via its USB-C socket. As well as supplying power, the Pod Mini also serves as a controller for the Adaptalux lighting range.

It is a miniature version of the Control Pod, the Pod Mini works both with Adaptalux continuous LED lights, including UV, and with their Xenon flashes. It offers up to 8 hours of battery life, has a simple and minimalist button control layout, they are small, light and durable, and they launched on Kickstarter.

Measuring just 76 x 25 x 25mm and weighing just 50g, they’re significantly lighter than the standard control pod, making them much easier to carry on a macro camera, although they’re better suited to a use with remote flash. The small size and weight also make them easy to store in your camera bag when you’re on the go to take macro shots. The units can operate alone or in addition to an existing setup that already uses the standard control box for a versatile range of lighting options.

For those looking to expand their existing Adaptalux setup, the Adaptalux Pod Mini is available from $48 for a single unit, with packages increasing in size and price to include additional Pod Minis as well as flash light arms LED, UV and Xenon for those who have not yet joined the Adaptalux system. Items are expected to ship in January 2023, and you can learn more on Kickstarter.