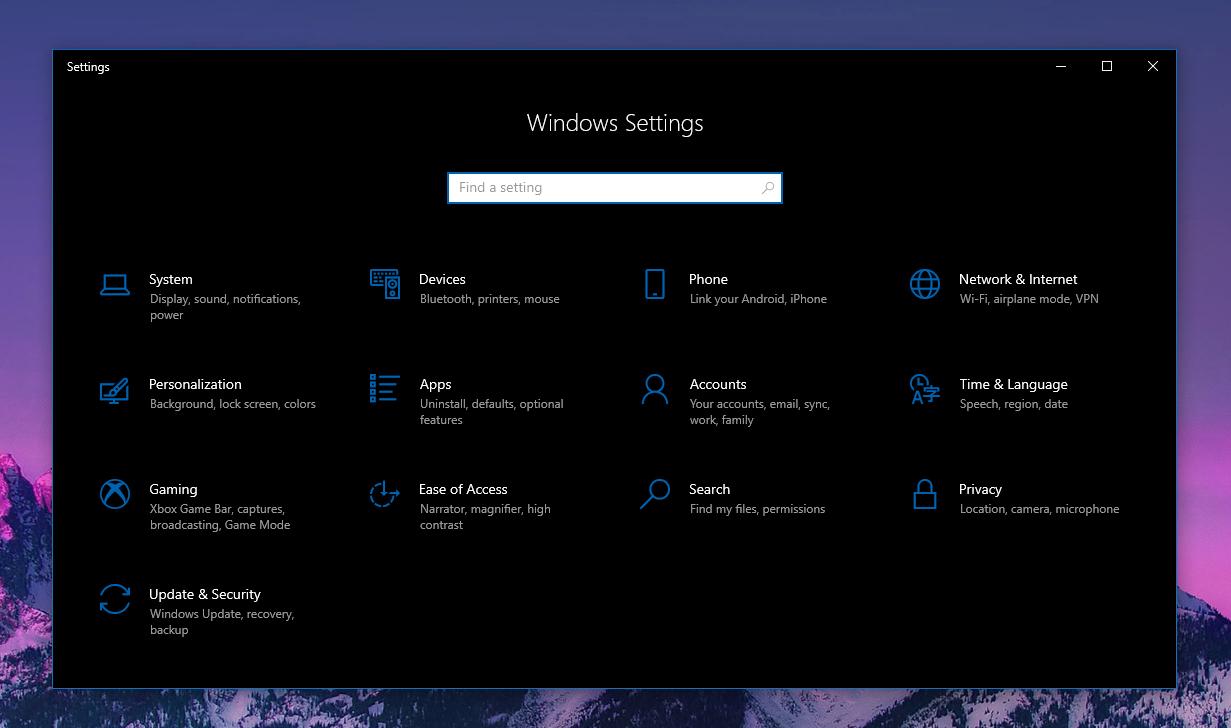 Windows 10 is supposed to deliver a modern experience from start to finish, but as many power users have observed, parts of the operating system have yet to receive that refined facelift.

Part of Microsoft’s effort to make Windows 10 the right operating system for any device and any user is ditching the classic Control Panel and shifting all of its options to the new Settings app.

There are many reasons the company is pushing for this idea, and the most important is that the Settings app is easier to use, simpler, offers this modern approach, and can be used with touch on devices where such capacities are available.

While I’m not necessarily one of the people who supported the idea of â€‹â€‹removing the classic control panel, pretty much because I find it very familiar, I think it needs to go now. And it must happen as soon as possible.

Around the time of the rollout of the first version of Windows 10, Microsoft began to migrate Control Panel functionality to Settings. This means that transition began over three years ago, with the software giant using feature updates to advance its plans for a smooth and less intrusive experience.

At first glance, this is the right approach as a gradual transition is what makes change easier for the majority of users, but on the other hand, spending more than three years to get there doesn’t make sense for a business. Microsoft’s size.

This is actually the reason why I think the classic control panel should go away.

With only a handful of options still left behind, Control Panel looks and feels like an abandoned part of the operating system, and while I understand it takes time to complete this move, such an approach contradicts the modern experience I told you about in the intro.

And the worst part is that more and more users think that the switch from Control Panel to Settings should be done faster. Here’s what a user who posted to the Comments Hub said:

â€œPlease migrate the ENTIRE control panel functionality to the new Windows settings app. Having both since 2015, and now we’re in the first quarter of 2019, is COMPLETELY RIDICULOUS. Hire more coders and already offer FULL MIGRATION! “

Others offer ideas that Microsoft could turn to to migrate Control Panel options to Settings faster:

“I really don’t know why it takes so long to do … surely with some of the old control panel stuff like keyboard, mouse and phone and modem you can just create hyperlinks to launch those old applets in the appropriate sections of the Settings app? And some Control Panel items are just shortcuts to apps like Device Manager and Windows Mobility Center anyway. Surely these could either simply go to the Start menu, or have hyperlinks added in the settings to launch them? “

Meanwhile, Microsoft certainly doesn’t seem to be in a hurry.

With Windows 10 19H2 making no changes on this front, the next feature update to complete the migration is Windows 10 20H1, which is slated for Spring 2020.

This version, currently available for testing in the Windows Insider program, moves the Japanese IME settings up, along with the pointer speed option under Devices> Mouse.

On the other hand, it’s pretty clear that Microsoft still needs more time to remove Control Panel. This means the classic control panel should still exist, probably with even fewer options, this time around next year.