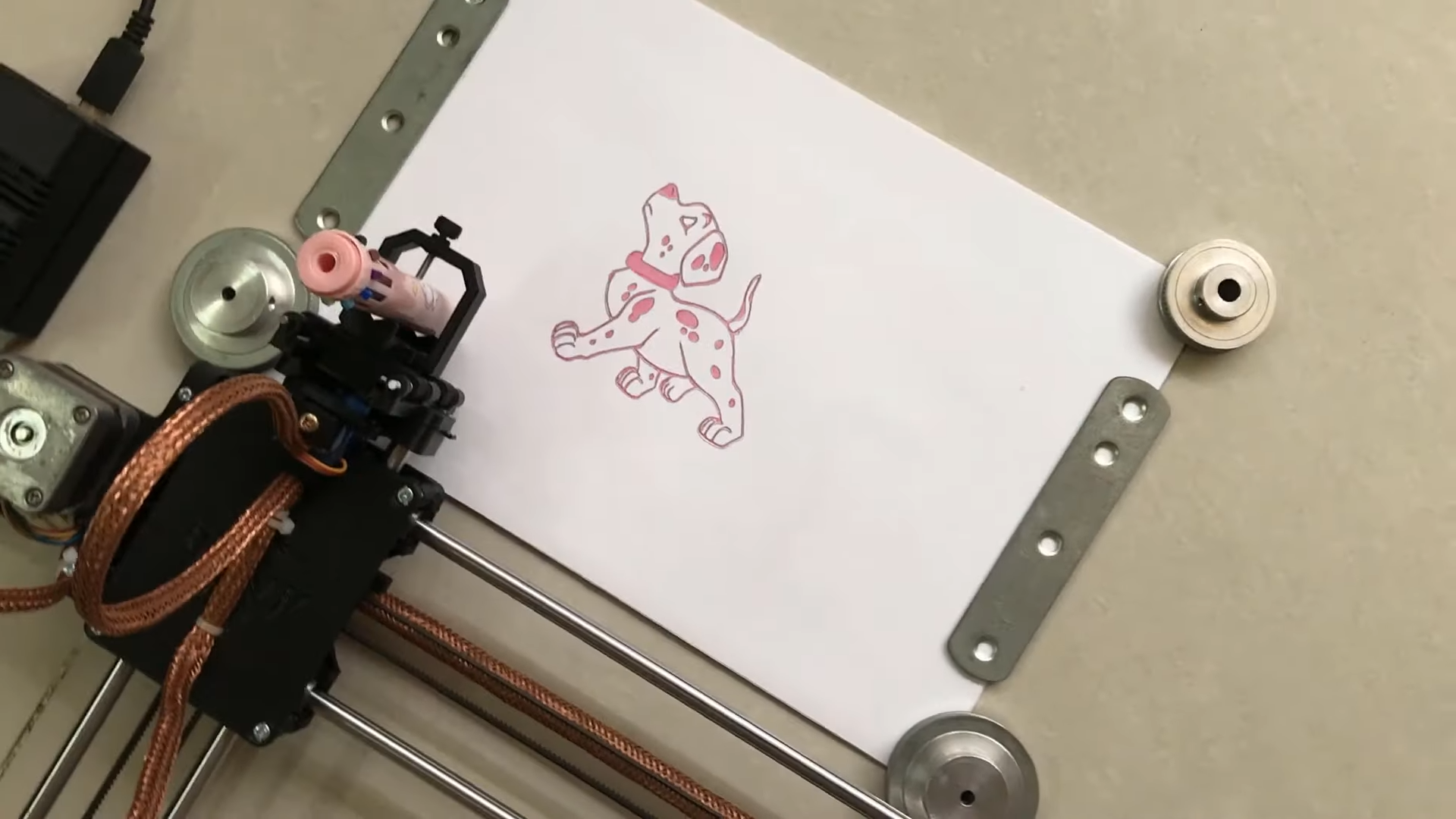 Plotters and drawing robots are fun projects that allow you to create art with all the precision and perfection that CNC has to offer. [TUENHIDIY] demonstrates this skillfully with the Multicolor DrawBot.

The build is based on a simple Cartesian XY design, using a pair of NEMA 17 stepper motors. It’s built in typical CoreXY fashion, running GRBL firmware on an Arduino Uno.

Or [TUENHIDIY] gets creative is in the pen itself. Rather than using a simple ballpoint pen or marker, a retractable multicolor pen is used instead. With the multicolored pen on board, [TUENHIDIY] notes the importance of limit switches in design. These allow the robot to make multiple passes, each time in a different color, to create a multicolored image. Without the limit switches in place, it would be impossible to line up each subsequent pass.

We’d love to see the build go even further with a servo-based system to automatically change colors. As it is, however, [TUENHIDIY] has a capable plotter that can deliver tidy multicolor artwork.

One of the most curious applications of recent plotters is that used to send fake handwritten letters through the postal system. Video after the break.