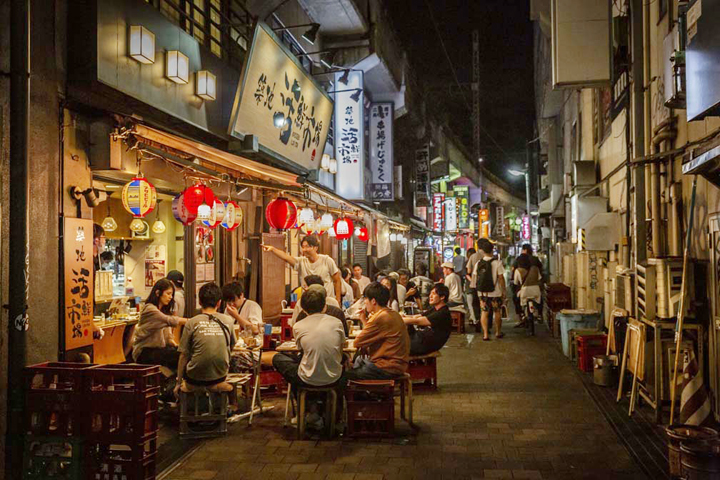 A member of a Tokyo Metropolitan Government coronavirus expert advisory group said it was now impossible to control the spread of Covid-19 in the capital.

“The infection is spreading at a rate never seen before and the number of new cases is increasing rapidly,” Norio Omagari said in a meeting with Tokyo Governor Yuriko Koike on Thursday. “It is impossible to control the situation.

The imposition of successive states of emergency has become less effective over time, with many bars and restaurants ignoring instructions to close early and stop serving alcohol.

Koike called for measures that would reduce the frequency of people going out by 50%, from the period immediately preceding the current emergency, echoing advice from a government panel reported by public broadcaster NHK earlier today. .

Prime Minister Yoshihide Suga and other senior government officials rejected the idea of ​​European-style lockdowns to contain the virus, saying instead they were relying on the vaccine rollout and tightening restrictions on who can be hospitalized .

Japan has fully vaccinated about 36% of its population, compared to 60% in the UK and 51% in the US, according to Bloomberg’s Vaccine Tracker.

Tokyo found 4,200 new cases of Covid-19 on Wednesday after reaching a record 5,042 last Thursday, with the rate of infections appearing to be leveling off. However, the number of hospitalized and critically ill patients continues to break records, straining the capital’s healthcare system.

Japan’s central government plans to extend the state of emergency until September and extend it to more regions, the Sankei newspaper reported on Thursday.

South Korea says further action against virus may be needed

South Korea has said cases of the virus could increase under its current social distancing rules, and said additional measures may be needed. The country reported 1,987 more coronavirus cases on Wednesday, after infections hit a daily high of 2,223 on Tuesday.

China has partially closed the world’s third largest container port after a worker was infected with Covid. All inbound and outbound container services at Meishan Terminal in Ningbo-Zhoushan Port were halted on Wednesday until further notice.

This is the second closure of a Chinese port due to an outbreak recently, after the Yantian Port in Shenzhen was closed from late May for about a month.

Australia’s capital Canberra will enter an instant seven-day lockdown on Thursday after detecting a case of Covid-19, as the Delta epidemic shaking Sydney spreads to regional regions across the country.

Canberra and the surrounding Australian Capital Territory will begin their lockdown from 5 p.m. Thursday, local health officials said in an emailed statement. The national capital case was the first recorded there outside the hotel quarantine system for over a year; it is currently unknown how the person became infected.

The Japanese government and organizers plan to hold the Paralympic Games without spectators in Tokyo and other areas covered by the state of emergency, local television station NTV reported.

No decision has yet been officially made on whether fans can attend the Paralympics, after the Olympics ended on Sunday mostly without spectators. Organizers had expressed hope that the Covid situation would improve enough to make fans a possibility, but that seems unlikely, with Japan reporting a record 15,812 cases on Wednesday, according to an NHK tally.

New Zealand to step up shots ahead of 2022 reopening

New Zealand will speed up the rollout of its vaccines ahead of a gradual reopening of its border early next year, Prime Minister Jacinda Ardern said.

The government will make the Pfizer vaccine available to all adults earlier than planned and increase the dose gap to six weeks instead of three, Ardern said in a speech Thursday in Wellington. This will allow more people to receive their first dose earlier and ensure that as many as possible are at least partially vaccinated in the coming months, she said.

Mexico saw a record increase in Covid-19 cases on Wednesday as the spread of the pandemic accelerates after several months of relief from the virus. The cases increased from 22,711 to 3,020,596, according to data from the Department of Health. Deaths increased by 727.

A year after becoming the world’s first major financial center to tame the virus, Shanghai is back on high alert as the Delta variant spreads to China.

Shanghai’s more than 470,000 financial professionals, nearly all of whom have been back to work and maskless since the middle of last year, now face regular temperature scans and checks to help find the wrongs. contacts. In some banks, people have been told to put their masks back on in common areas and welcoming visitors to conference rooms has again been banned.

U.S. drug regulators are expected to allow a third dose of Covid vaccines for people with weakened immune systems, as a new study has shown the benefits of an additional injection in transplant patients.

A third dose of Moderna’s vaccine significantly increased antibody levels against the coronavirus in transplant patients, according to a comparison of an additional injection to a placebo in people with weakened immune systems. The Food and Drug Administration is expected to change the authorizations as of Thursday for vaccines from Moderna and Pfizer Inc. to allow additional doses for people with weakened immune systems, according to a person familiar with the matter who spoke under the guise of ‘anonymity. Bloomberg News