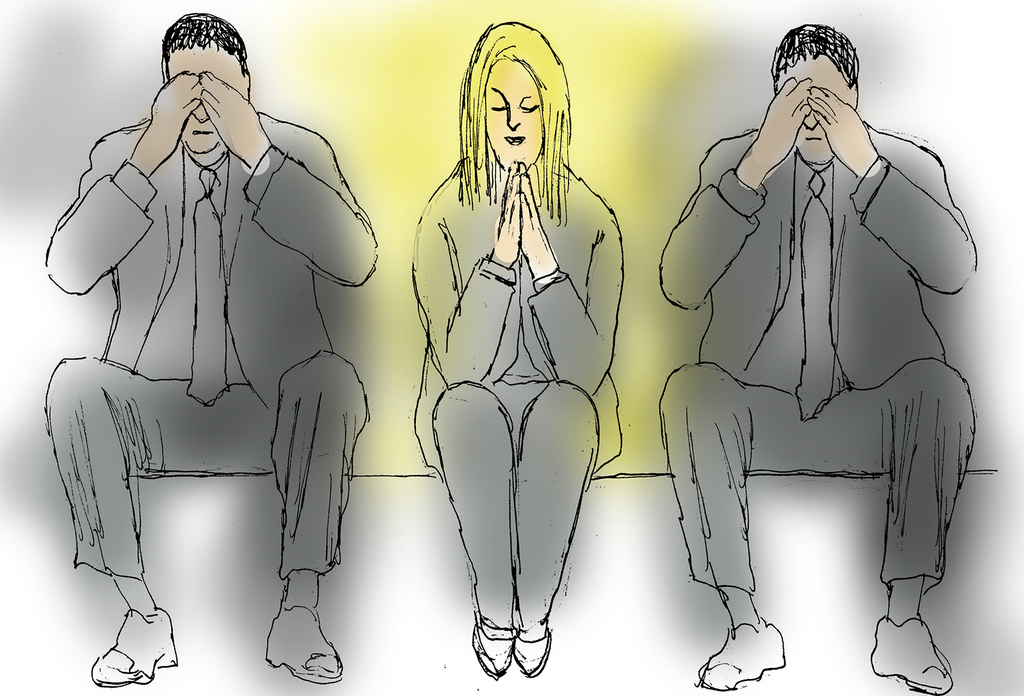 The BDN Opinion section operates independently and does not set newsroom policies or contribute to reporting or editing articles elsewhere in the newspaper or on bangordailynews.com.

Marge Kilkelly lives in Dresden and attends Gardiner’s Christ Church. She was recently appointed chair of the Diocesan Resolutions Committee and previously served as an adjunct to the National Episcopal Convention. She is a full member of the Maine Council of Churches.

Action by the United States Conference of Catholic Bishops to write a resolution Withholding communion from politicians – especially President Joe Biden – who support a woman’s full access to health care, including abortion, is heartbreaking. Sorry, but not surprising. It is only one more action intended to keep them firmly in position between God and the faithful and to threaten the faithful with the very salvation of their soul if they do not submit to it.

One indicator that this action is selective and primarily political is that the bishops are not discussing denying communion to politicians who support the death penalty, even though on October 3, 2020, Pope Francis released a new encyclical titled Fratelli Tutti (â€œAll the brothersâ€) who have ratified the position of the Catholic Church against the death penalty.

This is nothing new. For example, in the 14th century, the Reverend John Wycliffe was declared heretic for his effort to translate the entire Bible from Latin to English in order to make it more accessible to poor Catholics.

John D. Whitney, a Jesuit priest, in a recent Facebook post reminded the bishops that the clergy are only servants at the table of God, not keepers. This post resonated with me and my experience in the church.

My education started in a Catholic school – Mass every morning and Catechism was a class between arithmetic and reading. The church was part of me, and I was part of the church. It was an important part of my identity.

When my parents returned from Connecticut to Maine, I attended public school and going to mass became even more important in my life. It was my touchstone, my safe place, the place where I felt most comfortable. It was my home in a time of upheaval, a place I could always return to – or so I thought.

After several adventures in life, I was a young divorced mother. My attempt to find the comforts of church was thwarted by the local priest, who not only refused me Communion but insisted that he would not baptize my children until I had regularly attended church during a year.

I remember the pain of being banned from Communion. I felt lost and sitting on the bench, and not going to Communion was difficult. I felt guilty that my misery as a human being was also passed on to my children who could not be baptized. It was an agonizing process. The church I loved was not there when I needed it most.

One morning at coffee time after mass, this same priest picked up my beautiful toddler, who was playing on the floor and proclaimed: â€œIt’s hard to believe that you are not a child of God! These words pierce my heart even today.

At that point, I left the church and went without a church for years. I prayed the familiar prayers, I listened to God to guide me. One day this message arrived. I knew then that my inability to receive Communion or to have my children baptized was not due to the fact that God’s opinion of me had changed, but that a handful of men in power were determined to make me feel less and keep me in my place.

As is the way of God, around this time when I was so ready, I was invited to a service at the local episcopal church. When I heard the call to communion: â€œThis is the Lord’s table, and everyone is welcome,â€ I knew I had found my true spiritual home.

My children and I were welcomed with open arms, with love and kindness.

For me, the Episcopal Church has been the fertile ground and the care that has allowed my faith to deepen and flourish. This in turn allowed me to be a source of support and care for others, as I believe that is our mission in this life.

Thinking back to my previous journey of faith in the Catholic Church, my time was focused on me. Work to obey the rules, conform and meet the standards to get their version of God’s approval. There was neither time nor energy to do God’s work in the world.

Ironically, maybe I should thank this priest and those in power for forcing me to look at myself and learn more about my personal relationship with God and how to live as a Christian.

More articles from the BDN