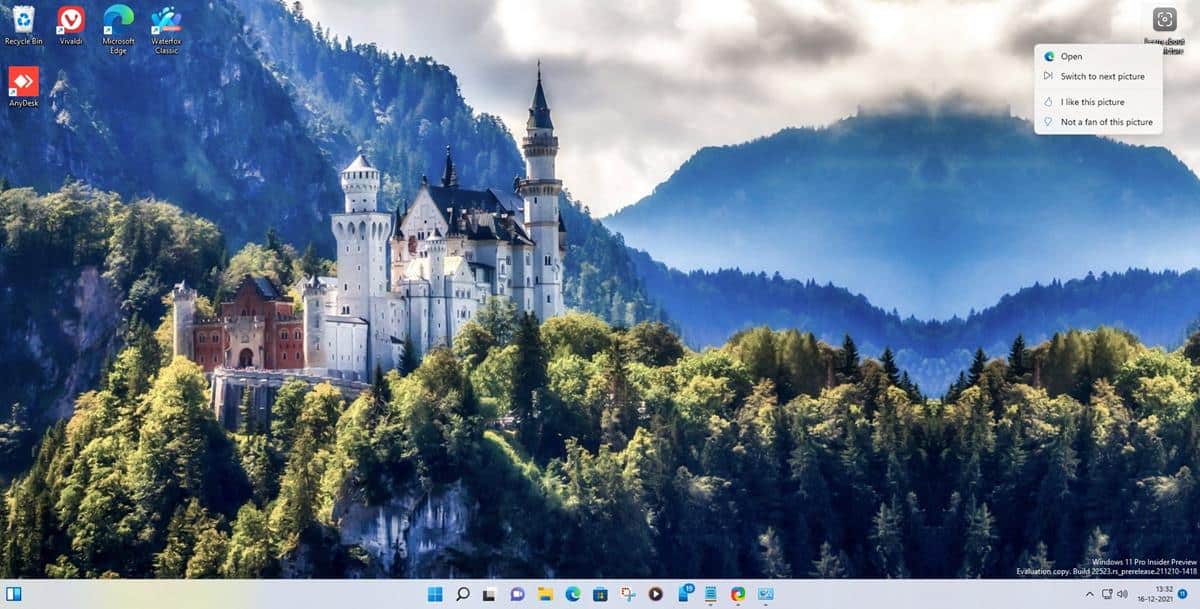 Windows 11 Insider Preview Build 22523 is now available for Developer Channel users. It makes some changes to some options in Control Panel, Alt + Tab and Task View.

Microsoft goes one step further from the Control Panel. When you click on the Programs and Features option in the legacy tool, it will now open the Settings app, specifically this page, Settings> Apps> Installed apps. By right-clicking an item on the Start menu and selecting Uninstall, the Installed Applications page opens.

This move also affects the option to uninstall updates in Control Panel, you can only do this from Settings> Windows Update> Update History.

The snap groups will be displayed Alt + Tab and Task View, the same way they appear when you hover over apps in the taskbar. The File Explorer command bar now shows options to add or remove a media server, the option appears when you click the three dots in the bar.

The battery icon tooltip on the system tray will no longer display a percentage level greater than 100. Application icons on the status bar will not overlap the date display and the time on the secondary monitors. ARM64 computers should not stop responding after entering text in the Start menu, search, etc.

The keyboard won’t lose focus when you press F2 to rename OneDrive files using File Explorer. The new Spotlight collection introduced in the previous version will display new images faster once the option is enabled for the first time. The Spotlight collection context menu now has icons next to the labels.

The Voice Typing appeal process has been improved. The links in the Widgets table should open correctly. The Add device option in Bluetooth and devices silently crashed when trying to connect to a new Bluetooth device, this issue has been fixed. Voice Access feature when you look for it in the Settings app.

A bug that caused ARM64 PCs to crash after a memory management error has been fixed. Desktop Window Manager (DWM) should not crash or flash the screen. Narrator will no longer cause apps to crash. Accessibility feature has been improved to respond to notifications, live regions, and text events.

Users who cannot sign in to applications such as Feedback Hub are advised to restart the computer and try to sign in. If the Network icon is missing from the system tray, open Task Manager and restart the Explorer process. The signal strength indicators for Wi-Fi networks in the list of available networks do not reflect the correct signal strength. Right-clicking on the date and time of the primary monitor in a multiple monitor setup causes Explorer to crash.

The Settings app may crash when you open System> Display> HDR. The Bluetooth and devices page contains an empty entry. The Redmond company claims that some users are experiencing the error 0x8007012a, which is related to driver and firmware update failures in recent versions. A fix has not yet been announced, but the issue is being investigated. The Spotlight collection has a bug that can change your desktop background to a solid black color, this issue should be fixed in the next release.

The Widgets button will not appear on the taskbar if you change the alignment of the taskbar. The widget table may appear blank or not have the correct resolution when you hover the mouse over an input on your secondary monitor. App content may get out of sync if you use it with multiple displays. The panel will not display the temperature if you align the taskbar to the left.

A Microsoft MVP and contributor on reddit, reported that a new issue appeared in Windows 11 Build 22518 which was released a week ago. MSTSC.exe, which is used for the RD Session Host, displays an error stating that Windows Defender Credential Guard does not allow the use of saved credentials. You will need to enter the password each time when accessing a remote computer. The issue was acknowledged by a representative from Microsoft, who said the company was investigating the bug.

Refer to the official release notes for more information on the latest version. You can download Windows 11 Insider Preview Build 22523 ISO from the Microsoft website. ISOs are available for the Global Dev Channel version, the one released in China, and the Enterprise Preview version.